Whispers: Inspired by H.P. Lovecraft's "The Whisperer in Darkness" by Kristin Dearborn
My rating: 5 of 5 stars

The always perfect author Kristin Dearborn has excelled even herself with this tribute to the Old Man of Providence, H.P. Lovecraft. I truly believe Ms. Dearborn is a reincarnation of Old Grandpa, or she is channeling. WHISPERS extols the anxiety, the fear, the wonder, of Alien Contact. Ms. Dearborn strums every single chord in the panoply of the otherworldly of HPL and of extraterrestrial sentience. She also interweaves some of the most painful and shocking elements of humanity, displaying these against the background of the Otherworldly and Beyond Earth. This is a tale I shall read again and again and again. This is the tale that gave me a series of stunningly vivid and horrifyingly implacable nightmares.

View all my reviews
Posted by Mallory Heart Reviews at 9:28 AM No comments:

Curiosity Quills is excited to reveal the cover for KASPER MÜTZENMACHER’S CURSED HAT, by Keith R. Fentonmiller, and announce that it’s now available for pre-order, guaranteeing delivery to your device on March 20, 2017. 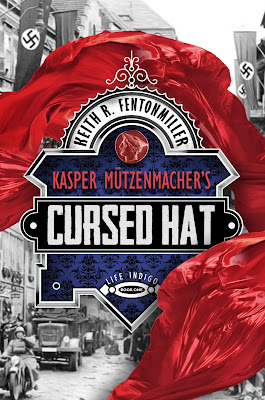 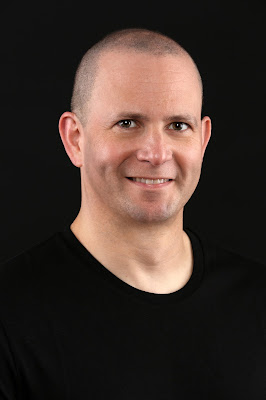 Genre: Fantasy Publisher: Curiosity Quills Press Date of Release : March 20, 2017 Cover Artist: Eugene Teplitsky Pre-Order: Amazon US | Amazon UK Add to your TBR list on Goodreads Description: Kasper Mützenmacher keeps a divine “wishing hat”—a thought-operated teleportation device—locked in the wall safe of his Berlin hat shop. According to an old prophecy, after Kasper’s Greek ancestor stole the wishing hat from Hermes, Fate cursed his progeny to sell hats, on pain of mayhem or death. Kasper, however, doesn’t mind making hats, and he loves Berlin’s cabaret scene even more. But his carefree life of jazz and booze comes to a screeching halt when he must use the wishing hat to rescue his flapper girlfriend Isana from the shadowy Klaus, a veil-wearing Nazi who brainwashes his victims until they can’t see their own faces. Isana and Kasper’s happiness proves fleeting. Years after her mysterious death, Kasper struggles as a lonely, single father of two until he meets Rosamund Lux, recently released from a political prison where Klaus took her face. Kasper soon suspects that Rosamund is no ordinary woman. According to the prophecy, certain Lux women descend from the water nymph Daphne, who, during Olympian times, transformed into a laurel tree to avoid Apollo’s sexual advances; they, too, suffer from an intergenerational curse connected to Hermes’ stolen hat. As Kasper falls deeper in love, Rosamund’s mental health deteriorates. She has nightmares and delusions about Klaus, and warns that he will launch a night of terror once he’s collected enough faces. Kasper dismisses the growing Nazi threat until the government reclassifies him as a Jew in 1938. His plan to emigrate unravels when anti-Jewish riots erupt and the Nazis start loading Jews on boxcars to Dachau. Then Rosamund goes missing, and Klaus steals the wishing hat, the family’s only means of escape. Kasper, however, will face his most difficult battle in America. He must convince his wayward son and indifferent grandson to break the curse that has trapped the family in the hat business for sixteen centuries. Their lives will depend on it. Book One of the Life Indigo series, Kasper Mützenmacher’s Cursed Hat is a fantastical family saga about tradition, faith, and identity, set during the Jazz Age, Nazi Germany, and the Detroit race riots of 1943. Comparable works include: The Amazing Adventures of Kavalier & Clay, Everything Is Illuminated, and Underground Airlines. Catherine Bell, author of Rush of Shadows (winner of the Washington Writers’ Publishing House 2014 Fiction Prize), calls the Cursed Hat “highly creative and imaginative, brimming with invention, mythology, psychology, secrets, characters, generations, cleverness and wisdom. Incredible, overwhelming, compelling. 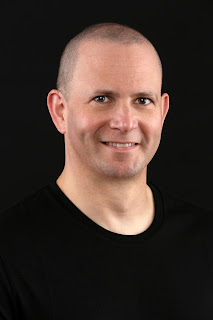 About The Author: Keith is a consumer protection attorney for the Federal Trade Commission in Washington, D.C. Before graduating from the University of Michigan Law School, he toured with a professional comedy troupe, writing and performing sketch comedy at colleges in the Mid-Atlantic States. His short story, Non Compos Mentis, was recently published in The Stonecoast Review and nominated for a Pushcart Prize. Another story, Exodus, will be published in Running Wild Press’s forthcoming fiction anthology. Find Keith Online: Website | Facebook | Twitter | Goodreads
Posted by Mallory Heart Reviews at 7:39 AM No comments:

Merely This and Nothing More by Jeffrey Cook

A thought-provoking, wide-ranging anthology, showcasing both the glory of Edgar Allan Poe, 19th century Master of Horror, and today's authors whose imaginative endeavours boldly go beyond, even into the future, MERELY THIS...and nothing more, is a collection to be read, savoured, and delighted in. (A great gift too!) 21 authors offer 21 widely different, delectable stories for your enjoyment. Can't wait to see their next effort!

View all my reviews
Posted by Mallory Heart Reviews at 9:13 AM No comments:

Newly born-again Christian Matt wants to get right with God, and that means divesting himself of us rage and predilection to violence. It also means divesting himself of the booming business he built, a "safe" prostitution ring in Utah, designed to take up the slack from the Federal quarantine of Las Vegas. Oh yes, his is a pre-apocalyptic, dystopian society. Rescued refugees two decades earlier, given asylum, infected, killed and died. The disease is an STD, with no cure. The downsides are fatality; and cannibalism. The battle rages on between the "Curists" and the "Exterminationists." Our Matt gained quite a reputation as the latter, but in his perspective, he's monster-hunting, not murdering humans. So he soothes his conscience.

Readers who enjoy zombie hunter stories such as the series by Cedric Nye will gravitate to SEMIVIRAL, due to its insight into the mind and emotions of Matt and how he attempts to evolve and improve his personal integrity.

Posted by Mallory Heart Reviews at 1:21 PM No comments: 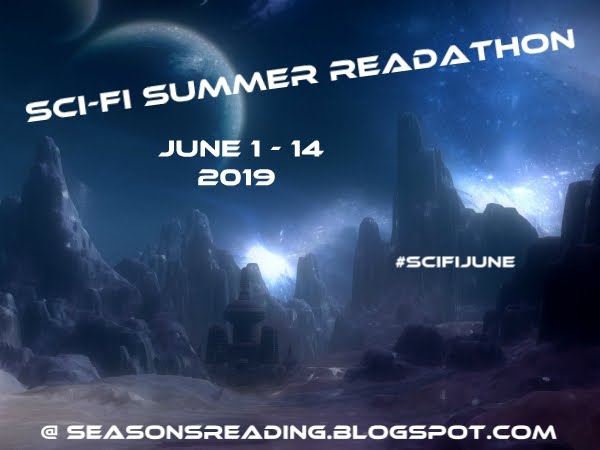 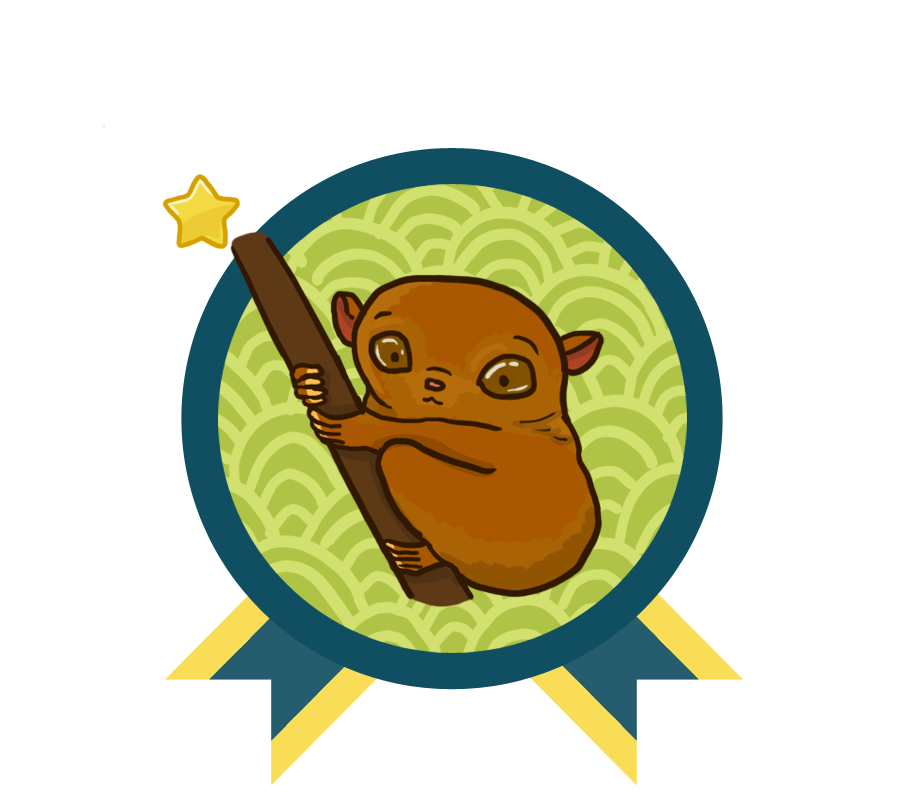 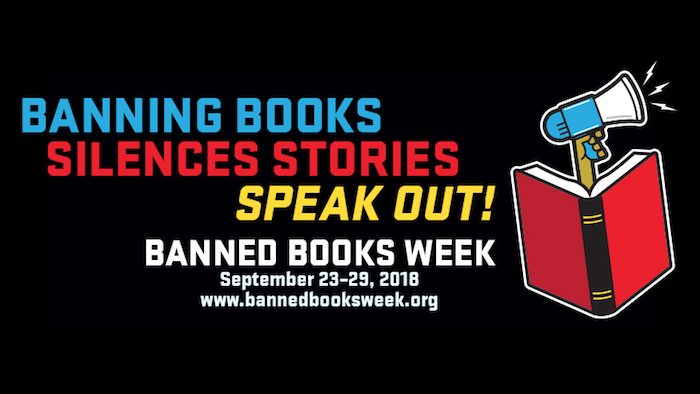